In our previous article we discussed why it is important to include all tickets, accidents, claims, and not at fault accidents on your record when you’re requesting quotes for new car insurance.

The reason why this is important is because you could receive a huge rate increase over and above the premiums quoted to you, or in a worst-case scenario a cancellation!

What happens when the agent you request a quote from doesn’t input the correct information? 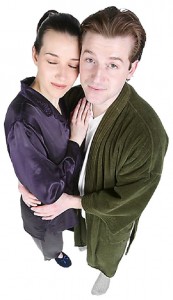 Mistakes Made When Shopping for Auto Insurance Upper Darby Pa.

Example: Stan and Vicki had been insured for many years through one agency and because of claim activity they received a large rate increase on their car and home insurance.

Stan feels mistreated by his current company and decides to shop around.  He finds a new agent with a company that lowers their rates by 30% on both car and home insurance!

Eager to take advantage of such a savings Stan meets with the new agent Fast Fingers Eddie and he issues a new car and home insurance policy for Stan and Vicki.

About two weeks later Stan calls his soon to be former agent Michael to cancel his current policy.

Michael expresses that he is sorry to see them go and he asks Stan if the new insurance company documented all of the activity on their driving record plus the two homeowner’s insurance claims they have had in the last three years.

Stan confidently assures Michael that the new company issued a policy and checked everything.

Michael asks another question: “Did you get the new policy yet?”

Stan growing a bit irritated states “No but the agent promised we would be covered and accepted by the new company based on what was on our claims record.”

Michael suggests, “It might be wise to get your new policy first before you cancel your existing policy just to make sure there are not any problems getting the new policy issued. I’m familiar with this particular insurance company’s underwriting standards and I don’t think they’ll take you Stan.”

Stan wasn’t in the mood to argue so he requests the cancellation immediately and Michael takes care of that and wishes them the best.

About 1 week after cancelling his previous policy Vicki called Stan at work in a bit of a panic.

“Stan this new company you got us signed up with Fast Fingers Eddie is cancelling our home insurance policy and the rates on the car insurance are $400 higher than our old policy you just canceled!”

Stan immediately called Fast Fingers Eddie and he hemmed and hawed and said something about some underwriting changes.

Later that day Stan read the rejection letter from the new company where it clearly stated that the reason for the cancellation of the homeowners was due to undisclosed claims and the car rates are more because of undisclosed tickets.

Stan calls his former agent back and they were able to find an insurance solution for them.

What Lessons Can We Learn When Shopping for Insurance in Upper Darby Pa?

Always make sure agents properly list all of your driving and claims activity on your quotes otherwise you may not receive the rate as applied for!

In our next article we will discuss a technique that some insurance companies use to gain new customers by not running their motor vehicle report and then later when an accident or claim occurs they run the reports and fully charge the insured with everything on their record at that time.

Need an Agent You Can Trust?