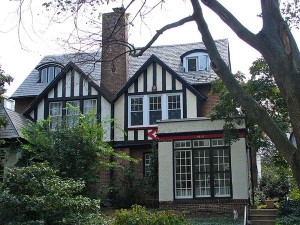 Call 513-662-7000 when you are searching for car, business, life or homeowners insurance in Blue Bell Pa or one of the surrounding areas of Philadelphia.

When Shopping for Insurance in Blue Bell Don’t Assume Coverage Is Identical Between Companies!

In a previous article we discussed a claims experience that went badly for Grace and Mike Zimmer. Click here to read the last article.

In summary a power surge occurred in the Zimmer’s home destroying around $5,000 worth of personal property including a surround sound system, an LED 60 inch television, 2 computers, and an iPad.

Unfortunately this claim was denied by their insurance company.

We will now discuss why the claim was denied and show you how to avoid a similar claim denial if your personal electronics are damaged or destroyed by a power surge.

When Are Personal Electronics Not Covered By A Power Surge?

This is a continuation of Mike’s discussion with the claims adjuster who denied his claim for a power surge:

‘Can you show me where this is denied in my policy?’ The insurance claims adjuster emails a copy of Mike’s policy highlighting the section where power surge does not cover damage to personal electronics.

Mike is naturally outraged that he did not know about this and decides to double check his old policy but he could not see this exclusion in his former policy.

Mike’s former agent looks up the information and explains that personal electronics destroyed by power surge would be covered!

Mike then tells his former agent about the claim denial for his personal property and his previous agent commiserate with Mike but states that it’s likely his new policy is probably the HO3 policy form which typically does not cover damage to personal electronics from a power surge.

While it’s true that Grace and Mike Zimmer saved $175 switching to a new homeowners insurance policy that decision ended up costing them $4000!

In our next article we will more closely examine 2 different homeowner policy forms you can purchase when shopping for homeowners insurance in Blue Bell Pennsylvania and the surrounding areas.

The HO3 which Mike and Grace Zimmer were covered by when the power surge occurred and the HO5 which is the policy they had with their former agent.

Call Pathway Insurance at 513-662-7000 when looking for homeowners insurance in Blue Bell Pa, or use our online quote system!

Need insurance in other areas?   We serve the insurance needs of the greater Philadelphia area.